Brooklyn-based artist Christine Hiebert 's drawings have been speaking to me for a long time. Her very sensitive and powerful marks explore spacial tension, spontaneity and structure, all elements which I am greatly interested in. Her drawings -- from works on paper to gigantic wall drawings -- are personally evocative in an almost primal sense as they explore the relationships between humanity and physical space. To reference: 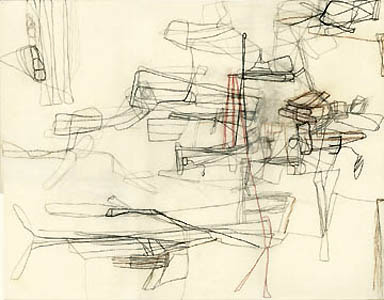 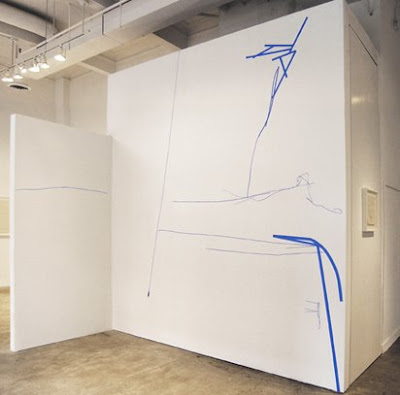 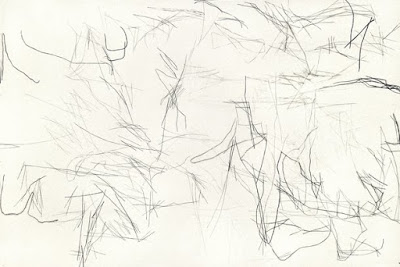 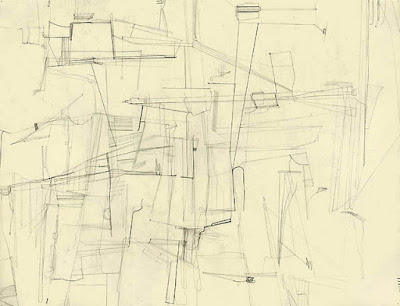 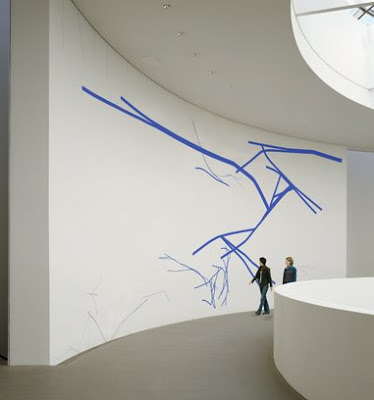 at Pinakothek der Moderne in Munich, 2005 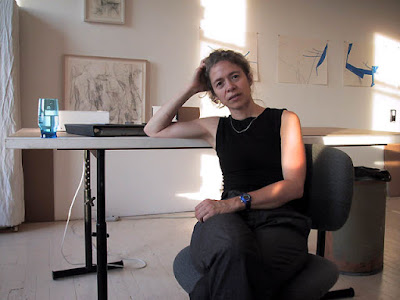 in her Brooklyn, NY studio

" If a house is the physical place where I live, where I feel at home," she writes," then my drawings constitute metaphysical houses that allow for the kind of mental living I need to do. That mental living is full of hesitations, fits and starts in my thinking as well as the determination to process headlong into something unknown." 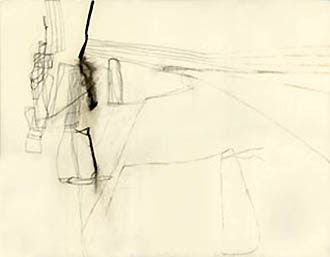 Hiebert's surfaces give us cause to think of who we are and how we define our own existence -- the lines within which we live and formulate 'home'-- an architecture of humanity. 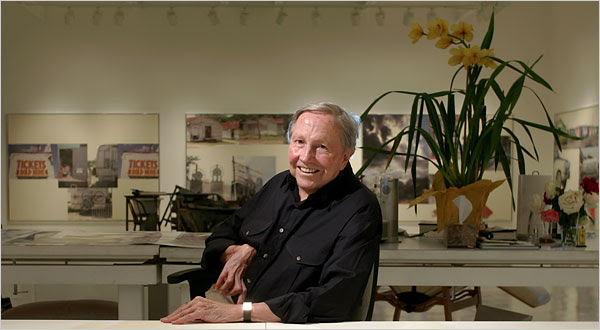 Robert Rauschenberg at his home and studio in Captiva, Fla. in 2005. More Photos >

Robert Rauschenberg, Titan of American Art, Is Dead at 82

Robert Rauschenberg, the irrepressibly prolific American artist who time and again reshaped art in the 20th century, died Monday night. He was 82. 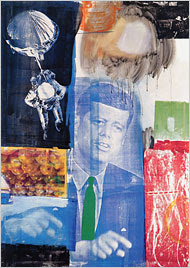 He died of heart failure, said Arne Glimcher, chairman of PaceWildenstein, the artist's gallery in Manhattan.

Mr. Rauschenberg’s work gave new meaning to sculpture. “Canyon,” for instance, consisted of a stuffed bald eagle attached to a canvas. “Monogram” was a stuffed Angora goat girdled by a tire atop a painted panel. “Bed” entailed a quilt, sheet and pillow, slathered with paint, as if soaked in blood, framed on the wall. They all became icons of postwar modernism.

A painter, photographer, printmaker, choreographer, onstage performer, set designer and, in later years, even a composer, Mr. Rauschenberg defied the traditional idea that an artist stick to one medium or style. He pushed, prodded and sometimes reconceived all the mediums in which he worked.

Mr. Rauschenberg was also instrumental in pushing American art onward from Abstract Expressionism, the dominant movement when he emerged during the early 1950s. He became a transformative link between artists like Jackson Pollock and Willem de Kooning and those who came next, artists identified with Pop, Conceptualism, Happenings, Process Art and other new kinds of art in which he played a signal role.

Cage meant that people had come to see, through Mr. Rauschenberg’s efforts, not just that anything, including junk on the street, could be the stuff of art (this wasn’t itself new), but that it could be the stuff of an art aspiring to be beautiful — that there was a potential poetics even in consumer glut, which Mr. Rauschenberg celebrated. “I really feel sorry for people who think things like soap dishes or mirrors or Coke bottles are ugly,” he once said, “because they’re surrounded by things like that all day long, and it must make them miserable.”

The remark reflected the optimism and generosity of spirit that Mr. Rauschenberg became known for. His work was likened to a Saint Bernard: uninhibited and mostly good-natured. He could be the same way in person. When he became rich, he gave millions of dollars to charities for women, children, medical research, other artists and Democratic politicians.

A brash, garrulous, hard-drinking, open-faced Southerner, he had a charm and peculiar Delphic felicity with language that nevertheless masked a complex personality and an equally multilayered emotional approach to art, which evolved as his stature did. Having begun by making quirky small-scale assemblages out of junk he found on the street in downtown Manhattan, he spent increasing time in his later years, after he had become successful and famous, on vast international, ambassadorial-like projects and collaborations.

Conceived in his immense studio on the island of Captiva, Fla., these projects were of enormous size and ambition; for many years he worked on a project that grew literally to exceed the length of its title, “The 1/4 Mile or 2 Furlong Piece.” They generally did not live up to his earlier achievements. Even so, he maintained an equanimity toward the results. Protean productivity went along with risk, he believed, and risk sometimes meant failure.

The process — an improvisatory, counterintuitive way of doing things — was always what mattered most to him. “Screwing things up is a virtue,” he said when he was 74. “Being correct is never the point. I have an almost fanatically correct assistant, and by the time she re-spells my words and corrects my punctuation, I can’t read what I wrote. Being right can stop all the momentum of a very interesting idea.”

This attitude also inclined him, as the painter Jack Tworkov once said, “to see beyond what others have decided should be the limits of art.”