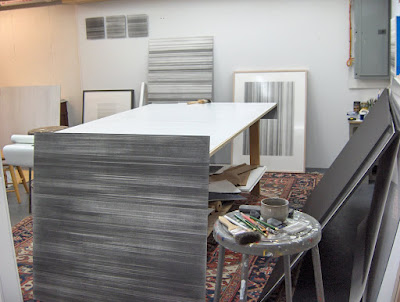 Helmut Federle posits that there has never been a significant period in world history where art and society exist on the same level, that the solitary alienation of the artist within society is unavoidable. Federle suggests contemporary American art embodies a prescience of striving for base values; reasons to exist, and that the the toxic pall cast by our current financial debacle weighs in heavily as far as American art being produced today. By comparison, the European arena embraces the existence of art as art itself, without questioning the being or lack thereof of underlying creative desires and energies. 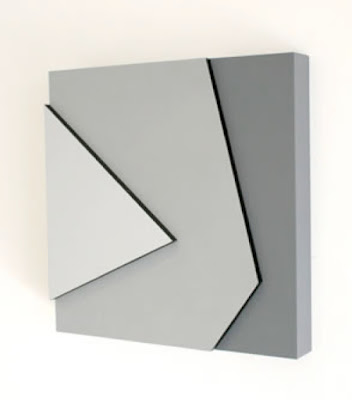 From this rather isolated pile of rocks in the Atlantic, I admit it is difficult to weigh in with much substance. One thing is for certain: as a contemporary artist working within a global field, it is extraordinary to be able to share and connect ideas and language with one another. I may lead a hermetic life, but my society, as I choose to define it, is vital.

Recently I've been introduced to two artists working within the same reductive aesthetic as myself, Connie Goldman from California, in the United States, and Cecilia Vissers from

Sint-Oedenrode, The Netherlands. We each embrace the importance of space, rhythm and structure within our work. As Cecilia has said to me, 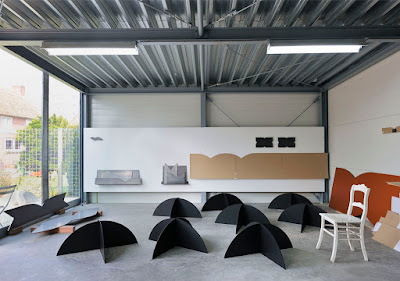 "...It is very important to find interesting spaces for reductive art, all over the world, as it is a very specific form of art. We go back to basics, sometimes it feels like living on a very small island. We need to cross borders and swim oceans, be strong and not get lost in 'artland'....".

Cecilia Vissers makes wall and floor sculptures in steel. She is interested in concepts of strength and power, minimal intervention, and isolation. For her, this uncompromising material is an essential and consistent factor. Vissers strives to create simple compositions of restricted color and primary shapes, responding deeply to the character of thick plates of warm-rolled steel, the specific surface texture and weight. The wall sculptures are pure, minimal in nature. The adage of modernist architects from the early 20th century, ‘less is more’, would be an excellent characterization. 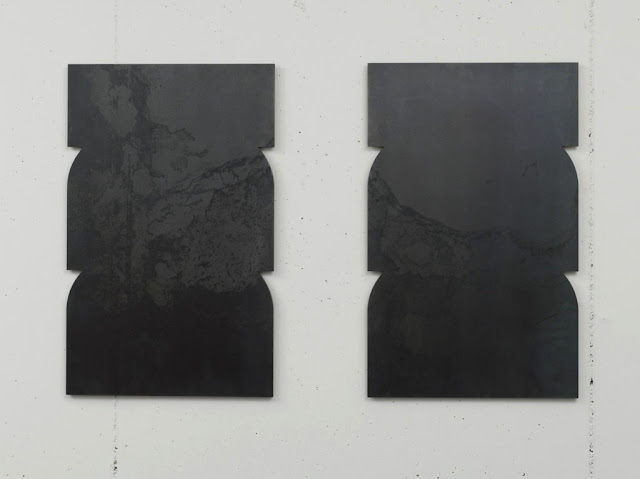 The work is driven by power, rhythm, repetition and pattern. Logic is regularly challenged in apparently inflexible materials and irrefutable forms. Her plate steel sculptures are executed in 8/15 mm steel, and weigh up to 200 kg, with one or perhaps several minimal saw cuts, only enough to produce a clear and concentrated form. 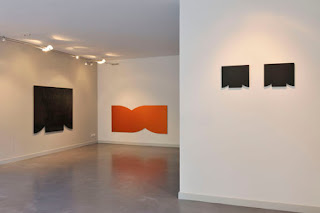 " I strive to find a clarity and concentration of form, line and color through minimal intervention enacted in a plate of steel."

The steel plates are immersed in four separate baths, a process of electrolysis referred to as anodization. The resulting patinas are bonded permanently to the surfaces, eliciting rich 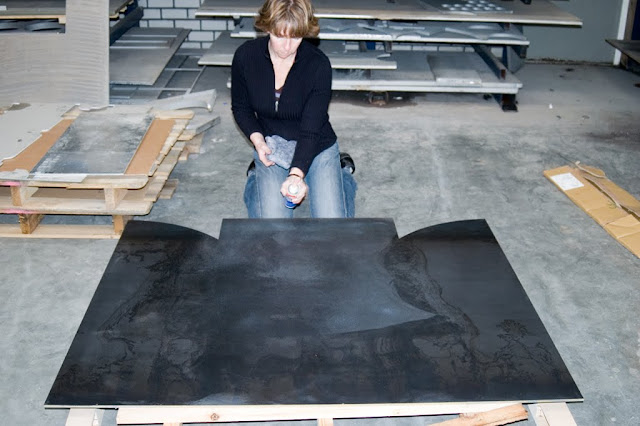 tones of hue to the steel plates. For Vissers, the steel plates, which are made in Germany, function as large sponges saturated with strength, power, life, death and history. 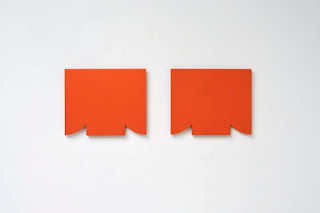 "... I am looking for simplicity in a raging world, a world that I am very happy to discover but also need to avoid every now and then."

Cecilia Vissers work can be seen at Elements Gallery in Waarle, The Netherlands. Her upcoming Paris exhibition, En Forme, with the artist Eric Cruikshank opens in 2010 at ParisCONCRET .

Connie Goldman creates wall sculptures of layered, shaped and painted wood. Her reductive constructions focus on the spaces created between layers of flat, modular planes. Her work begins as very loose sketches which are eventually translated into shaped wooden panels. The panels are meticulously painted and put together in layers. There is a harmony; balance within this meditative, beautiful work. 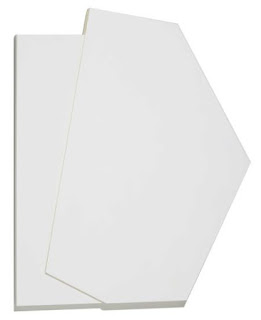 In her own words:

"Using a minimalist vocabulary and a reductive aesthetic that emphasizes the importance of space, rhythm, structure, and relations, I make works of art that are concrete and essential approximations of my own emotional and intellectual experiences. The work reflects my interests in architecture, music, science, sculpture, and painting as well as the threads of commonality that run between them. 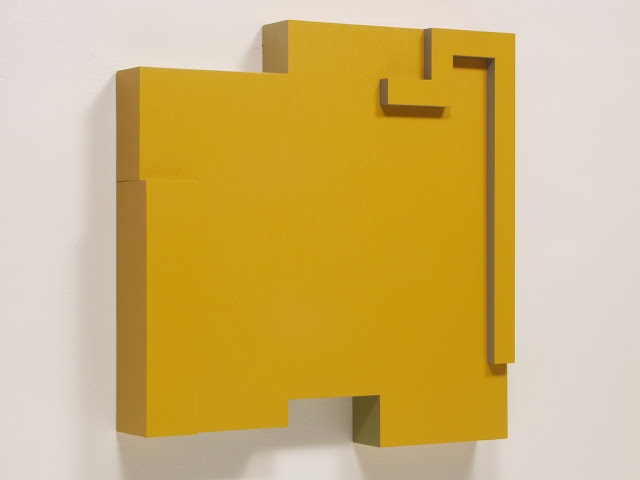 "The tendency or desire to gravitate toward unity and stability is in opposition to the urge toward independence, transition, and growth. My work evokes this same tension, the dynamic that underlies my own existence. I see each piece as being analogous to the rhythmic and contradictory forces of stasis and flux that propel my world toward both constancy and change". 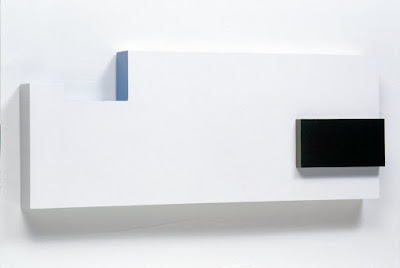 Goldman's lyrical compositions yield a variety of quiet shadows which broaden the spaces in between the flat but open modular constructions. The various planes become an interplay of light, space and form, giving each configuration a sophisticated elegance. 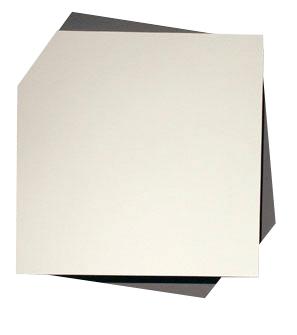 Connie Goldman exhibits her artwork nationally and teaches at colleges and universities throughout the San Francisco Bay Area. She is represented by Peter Blake Gallery in Laguna Beach, CA. Her work is included in many public and private collections.